a Virtual tour to “Phimai Historical Park” in Nakhon Ratchasima​ 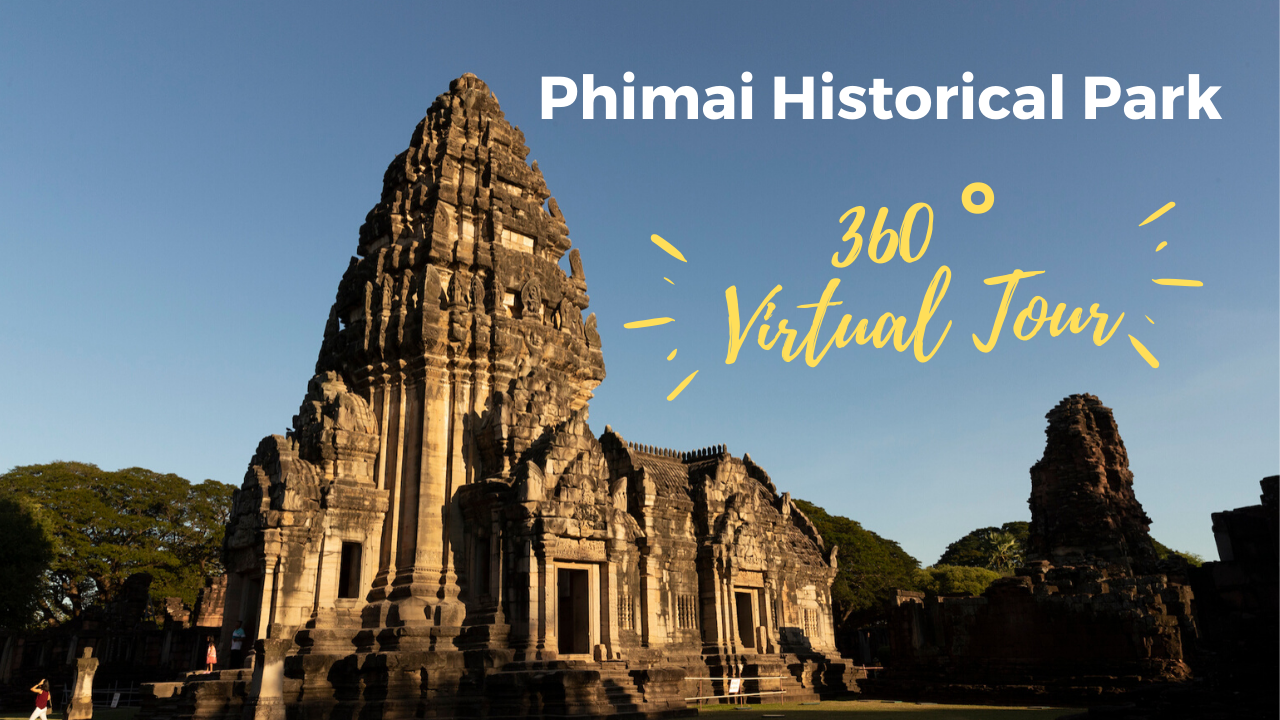 The Phimai historical park is one of the largest Khmer temples of Thailand. It is located in the town of Phimai, Nakhon Ratchasima province.

The temple marks one end of the Ancient Khmer Highway from Angkor. As the enclosed area of 1020x580m is comparable with that of Angkor Wat, Phimai must have been an important city in the Khmer Empire. Most buildings are from the late 11th to the late 12th century, built in the Baphuon, Bayon and Angkor Wat style. However, even though the Khmer at that time were Hindu, the temple was built as a Buddhist temple, since the inhabitants of the Khorat area had been Buddhists as far back as the 7th century. Inscriptions name the site Vimayapura (which means city of Vimaya), which developed into the Thai name Phimai.