a Virtual tour to “Sadokkoktom Stone Castle” in Sa Kaeo 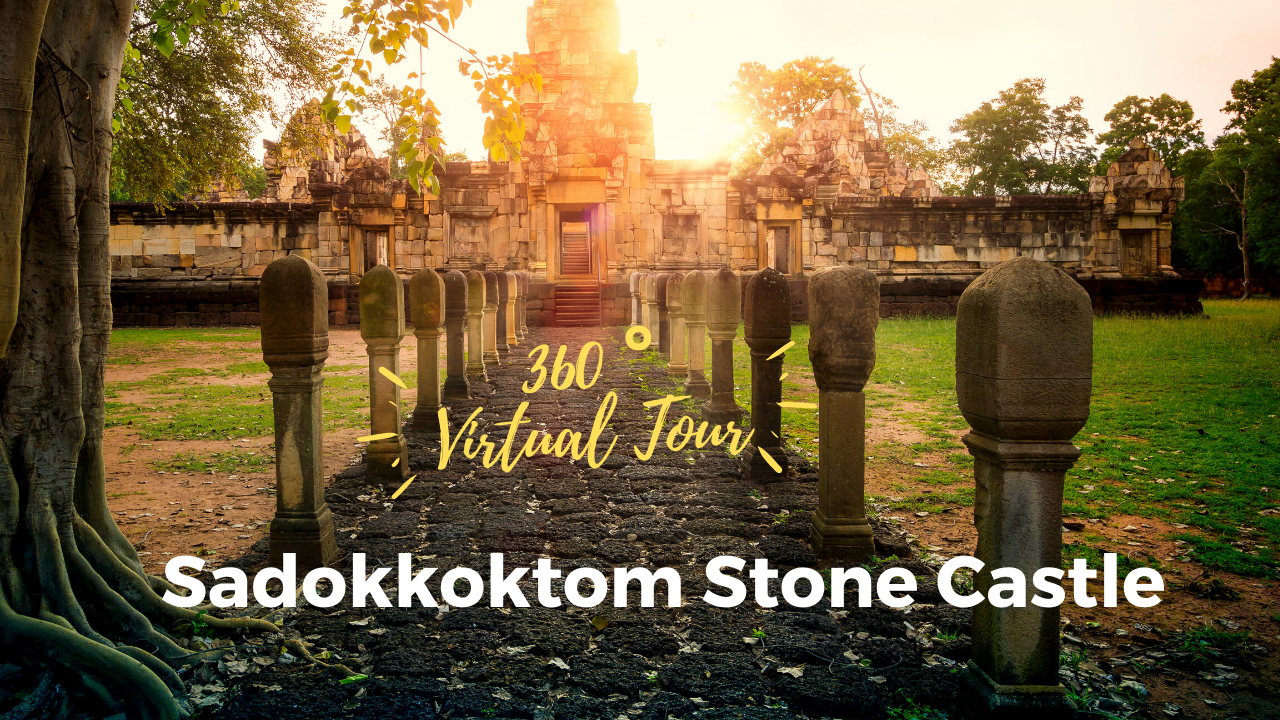 Sdok Kok Thom temple complex in Sa Kaeo province is among the smaller of the Khmer temples in North East Thailand. The temple that is also known as Prasat Sdok Kak Thom or Prasat Sdok Kuk Thom was built dedicated to the Hindu God Shiva. It was constructed halfway the 11th century.

Its layout and design share many characteristics with other Khmer monuments. Prasat Sdok Kok Thom is oriented towards the East, as are most Khmer temples. The complex is surrounded by moats and an outer wall. The East side of the wall contains a gopura or entrance gate. Outside of the wall is a water reservoir or baray.

A processional walkway flanked by pillars from the outer gopura leads to the inner sanctuary with the central prang (a Khmer style tower). The inner sanctuary is surrounded by galleries with a Gopura on the Eastern side providing access.

Inside the inner sanctuary is a single sand stone prang placed on a laterite base. The prang has doors on each of its sides, with only the Eastern door open, the other ones being fake doors, shut with stones. The prang likely contained the sacred linga, the symbol of the Hindu God Shiva.

Also inside the galleries, close to the central tower are two bannalai or libraries, where the ancient scriptures were kept. Various sculptures around the temple depict Nagas, a mythological serpent, some of which are wearing crowns. Another sculpture shows a reclining Vishnu. Sdok Kok Thom was later converted into a Buddhist temple.