Nakhon Ratchasima or Korat Thailand is the most prosperous province of the East. Its richness of Culture is very interesting since it has its own folk song called ‘Pleng Korat.’ Nakhon Ratchasima is also important to Thai History. All ranges of tourist attractions are available here that you need to take quite some time to visit all of them.

Locating a few hours away from Bangkok with easy transportation the province is very popular for tourists, especially in Khao Yai National Park.

Nakhon Ratchasima, otherwise known as Khorat, is the largest northeastern province, and the inhabitants of the province are mainly engaged in agricultural activities, growing such diverse crops as rice, sugar cane, sesame, and fruit. There are more than 100 savings and agricultural cooperatives in the province, 35 irrigation projects, and 7,122 industrial factories. Most of the factories are rice mills, tapioca product manufacturers, and industrial factories.

Historically, Khorat Province was an important area for thousands of years, first as the site of several ancient prehistoric communities and later as important outposts of the Dvaravati and Khmer Empires. Ruins of both Dvaravati and Khmer Temples are located across Khorat, particularly at Amphoe Sung Noen and Amphoe Phimai, the latter one of the most important provincial capitals of the Angkorian Empire.

To this day, Khorat remains an important province and city, functioning as Northeastern Thailand’s main transportation hub and economic center. Finally, as Khorat’s Amphoe Pak Thong Chai is considered the spiritual home of the Thai silk weaving industry, those interested in sericulture will enjoy Shopping for some of the country’s best cloth..

Nakhon Ratchasima, generally known as Khorat, is Thailand’s largest province. Situated on Thailand’s sprawling northeastern plateau, approximately 260 kilometers northeast of Bangkok, the city itself serves as the gateway to the lower northeastern region.

 Nakhon Ratchasima and Khorat are interchangeable names for the same province and city.

 The train to Khorat passes through some great scenery, including a views of the enormous white Buddha figure at Wat Theppitak which rests on a thickly forested hillside.

Palio Khao Yai, designed and constructed as a pedestrian street with European architecture. 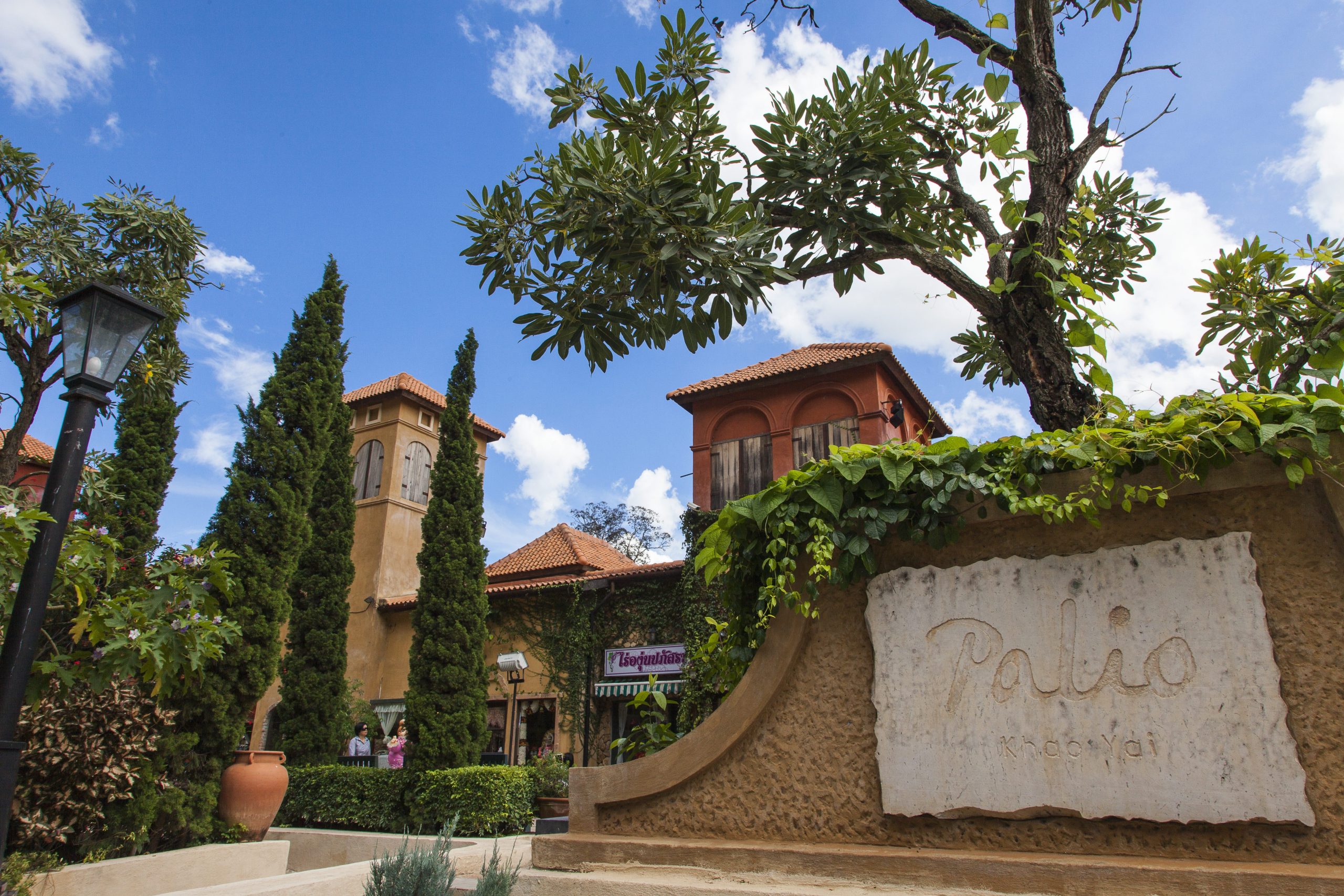